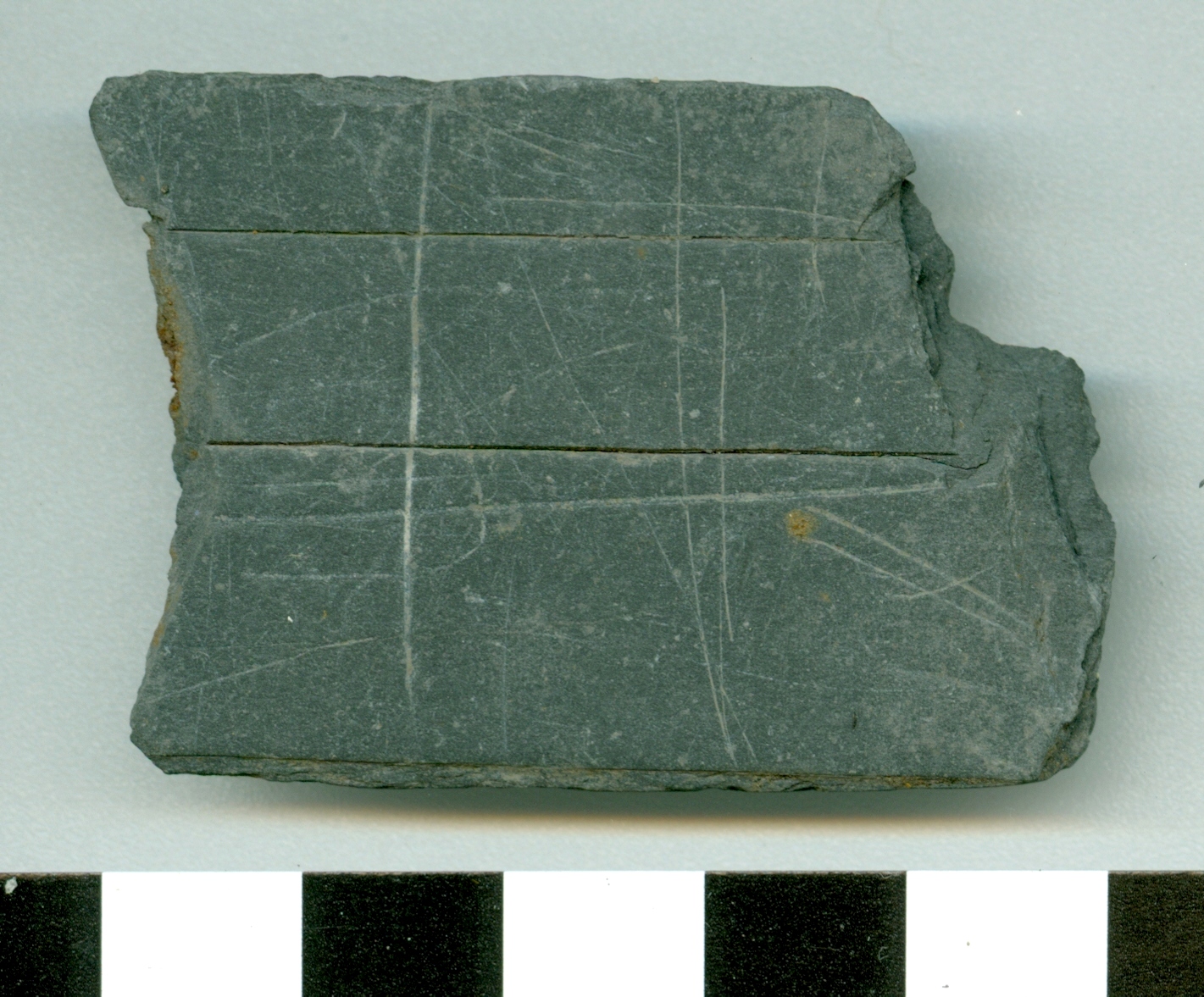 Noughts and Crosses from Darling Quarter

This slate board fragment had ruled lines later crossed by a child to play noughts and crosses. It had fallen below the floor of a worker’s cottage in c1840-1880 at the Darling Quarter site, Darling Harbour, Sydney.

Slate pencils and board fragments are commonly found in houses of the mid 19th to the mid 20th century. They were used by children in school and Sunday school as they learnt to read and write, do mathematics, music and a range of other subjects.

The pencils and boards were often locked in a cupboard at school but were perhaps given to the pupils when worn to stubs or badly broken. Some were probably pocketed by the children or even purchased by their parents.

When children brought them home they were often reshaped or marked allowing us glimpses of their individuality and even artistic flair. Lead pencils, ink pens and paper were more expensive and did not become normal school writing equipment until the 1930s or later.