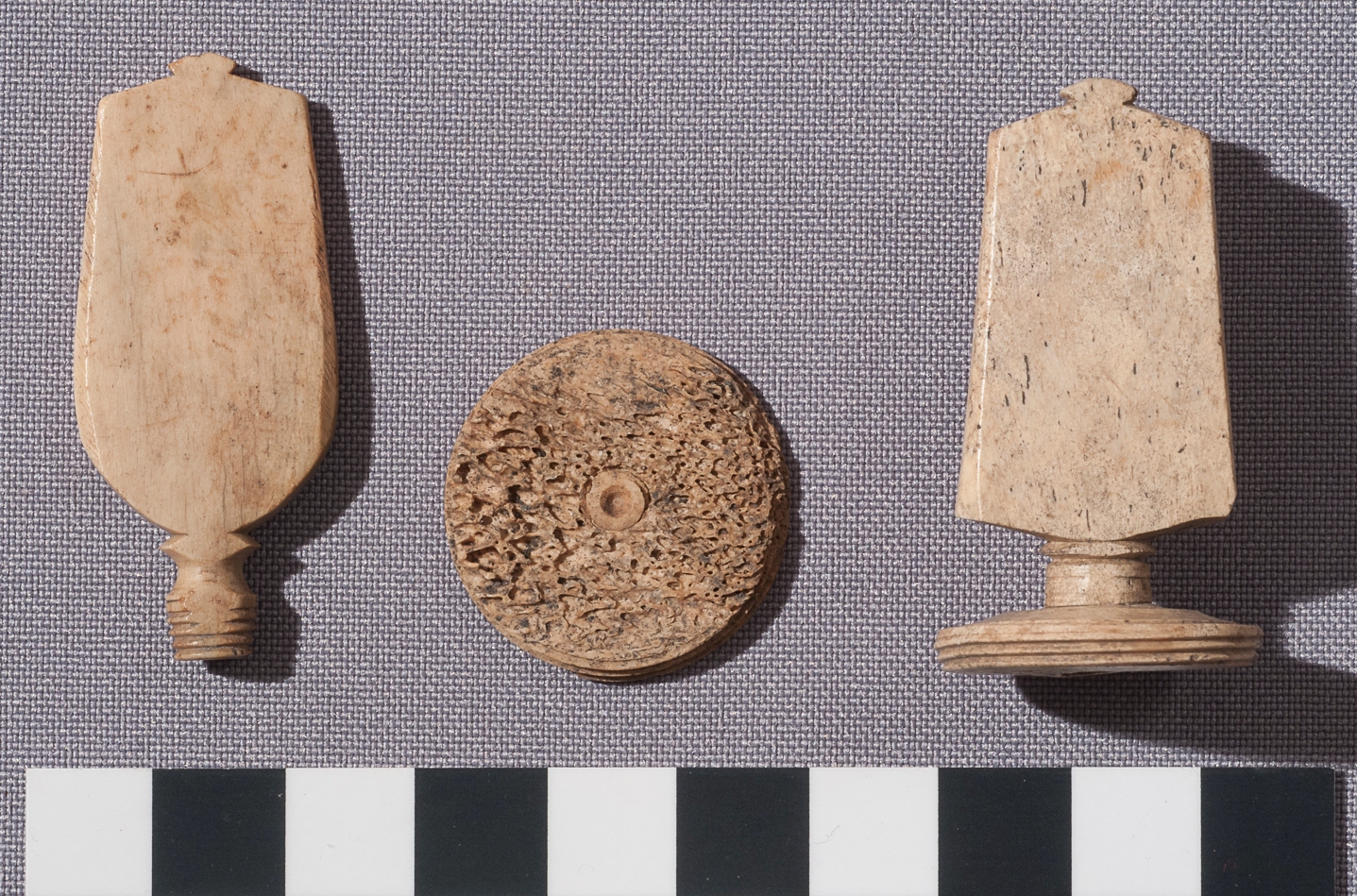 These two chess pieces were made of bone and found below the floor of two workers’ cottages of the Victorian period at the Darling Quarter site, Darling Harbour, Sydney. Each component was individually sawn, turned, carved and polished. Probably made in Britain for a burgeoning market these portable sets were part of a long tradition of bone, ivory, horn working to make objects of utility, fun and beauty.

Such work or ‘scrimshaw’ is typically associated with sailors but was also done by prisoners-of-war, convicts and slaves to get food or money. Similar small objects were also made of stone or other easily available materials.

Other gaming pieces were also made such as dice and dominos as well as a variety of toys, boxes and buttons. They are found at many eighteenth and nineteenth-century sites around the world, particularly those with a military or maritime connection, such as forts, prison camps, forts, shipwrecks and prison hulks.