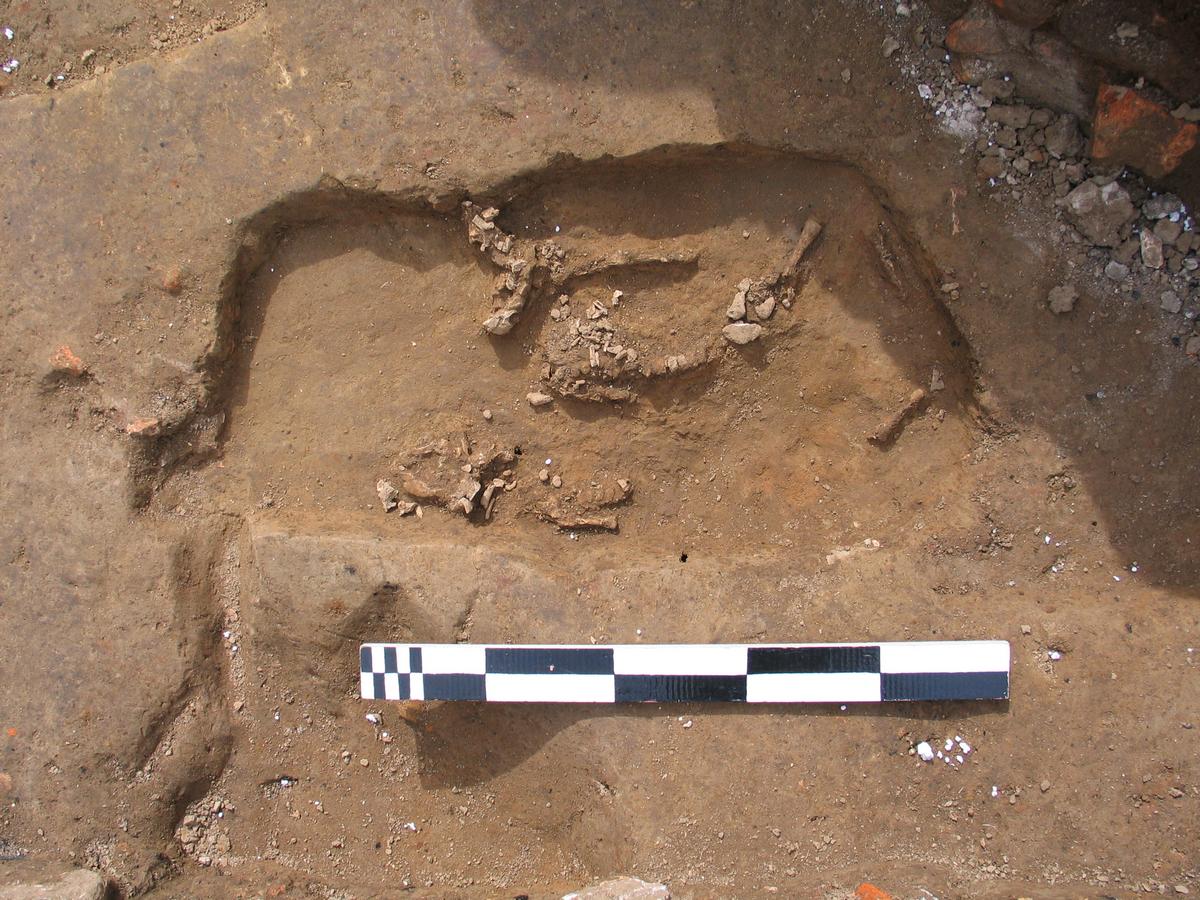 During the 2007 excavation at the Parramatta Justice Precinct we found the remains of two infants or neonates (newborn burials) associated with Parramatta’s 2nd Convict Hospital (1792-1818). They had been carefully placed in a small shallow grave and oriented with their heads at the western end. DNA testing indicated that the two neonates were not related.

They appear to have been carefully buried between c. 1800 and c. 1810. Other skeletal remains of newborns found at the Parramatta convict hospital site were not so neatly buried. One was found in the backfill of a storage cellar dated to c.1817 (2nd hospital) and three individuals in a pit dated to c.1830 to 1844 (3rd hospital). These three were disposed of and burnt in a rubbish pit.

The skeletons of the two neonates are the oldest European skeletons known of in Australia, outside of the Batavia shipwreck in Western Australia. The survival of these neonate skeletons is highly surprising as typically infant skeletons are not robust. It is likely that these two neonates and the one from the storage cellar were born to convict women. 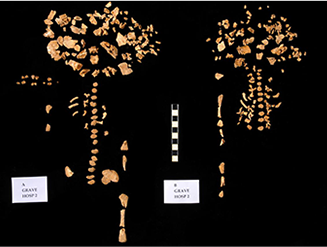