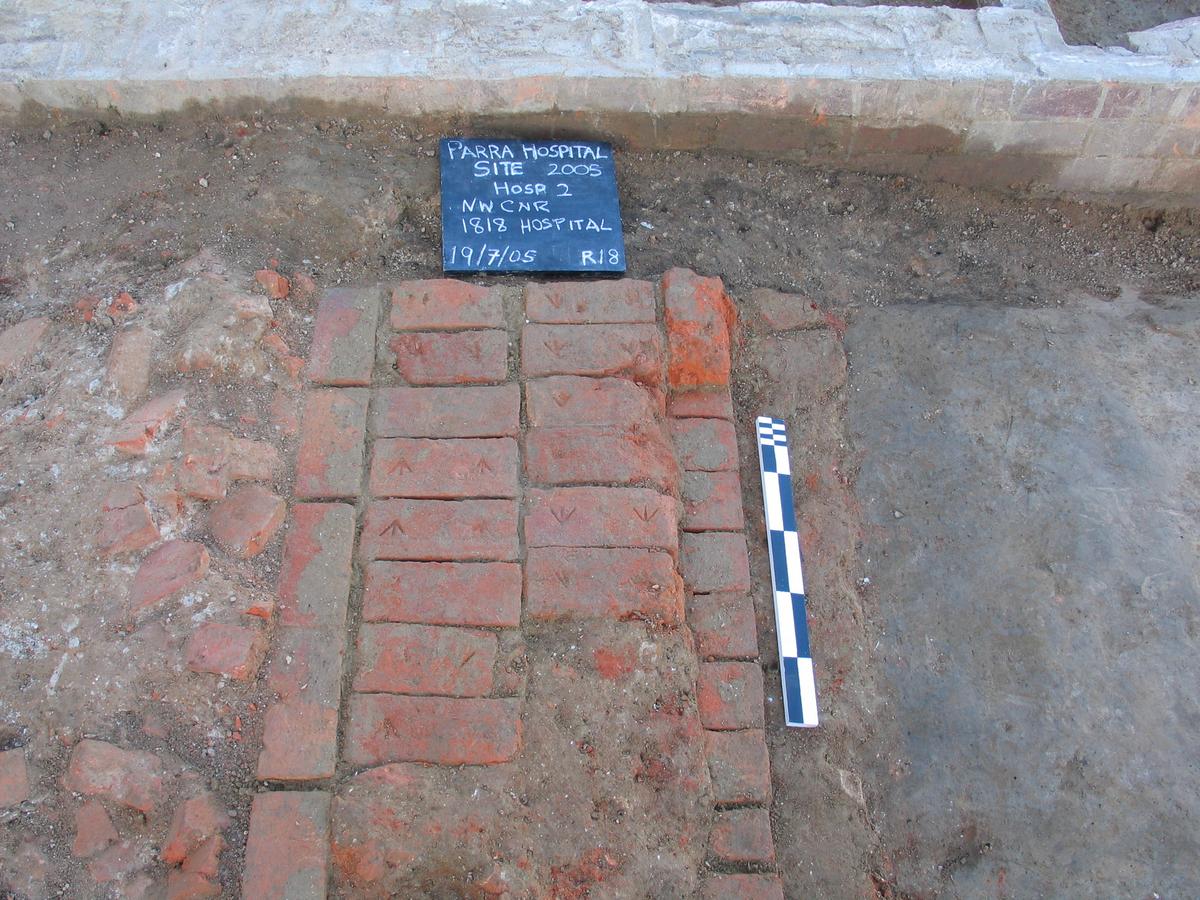 During the 2006 excavation of the 3rd convict hospital at Parramatta some of the convict-made sandstock bricks were found to have two broad arrow marks. The broad arrow is a mark to indicate government manufacture and ownership. It enabled easier batching of supplies during production and distribution, and helped prevent pilfering.

The bricks stamped with the two broad arrows were used in the main footings for the hospital. These bricks were made in the Parramatta government brickfields to the north of the river, probably from July to September 1817. Their distribution from the brickfields was controlled by the Government lumber yard. Richard Rouse as Overseer kept detailed records of the delivery of building supplies and convict workers to the hospital site.

The first mention of delivering bricks, along with loam and lime, to build the new hospital was in the week of 9 to 16 August, 1817. At this time two bricklayers working at the hospital, along with two pairs of sawyers cutting flooring boards and battens. In the following week there were three bricklayers at work and one town cart was delivering bricks from the kiln as well as loam and lime. The same weekly record of three convict bricklayers continued until 11 October 1817. For the next week there was only one bricklayer recorded as working at the hospital supplied by two town carts carrying bricks. By 18 October 1817 four bricklayers at work.

The use of this distinctive double broad arrow mark suggests that these bricks may have been specifically made for the hospital as no other examples have been found on early sandstock bricks in Parramatta. The small parallel arrows were impressed onto the brick surface by the kickboard in the mould. A number of these bricks can be seen in the in situ conserved footings of the 3rd convict hospital when visiting the archaeological site of the Parramatta Justice Precinct, Marsden Street.