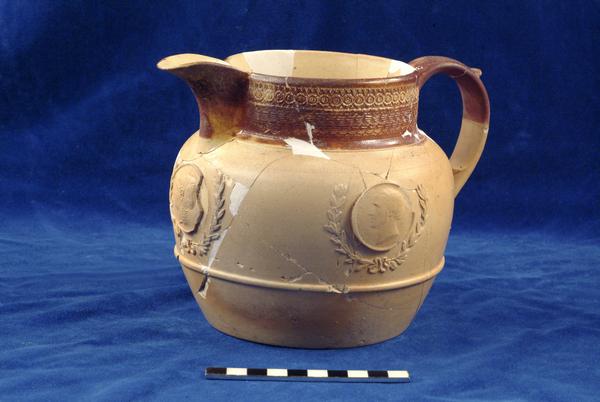 This locally-made jug is biochrome-coloured with pale yellow slip, dark red colouring on the neck and upper handle with impressed rouletting around the neck, and interior yellow lead glaze. The jug is made from fine white clay and has three portrait medals on three faces, each with encircling victory wreaths. The jug is unevenly fired and has ‘New South Wales’ inscribed in handwriting on the base. It was presumably made in the Brickfields in the southern Sydney CBD.

There are three portrait medals on three faces of the jug: Britannia is in the centre with the two Wellesley brothers on either side. The original date of the striking of the Marquis of Wellesley medal appears to be c. 1820 and therefore the pottery copy and the making of this jug cannot date before c. 1820 and probably within a period of 10 years of that date but also possibly later. While there were many different types of medals made to commemorate the Duke of Wellington’s victories during the Peninsular Wars there was only one medal made to commemorate the Marquis of Wellesley’s victory in India at the Capture of Seringapatam, 1799 and it was struck c. 1820.

The date of the manufacture of the jug appears to be between c. 1820 and c. 1830, and it is thought to have belonged to John Hodges and was probably thrown into a rubbish pit on his property c. 1849 at the time of Hodges death. The two most likely potters for this date range are John Moreton and Jonathon Leak who both arrived in NSW as convicts on The Recovery in 1819.

The historical background on Hodges sheds an interesting light on this very patriotic jug which commemorates British victories in Europe and India. Hodges was an emancipated convict who was frequently in trouble with the law and provided short-term loans to people for which, when they were not paid back, he sought the legal remedy of claiming their property as compensation. It is possible that he acquired the jug through such a process if he did not commission it himself. 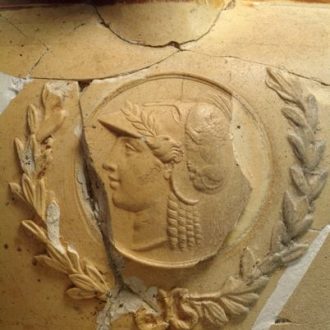 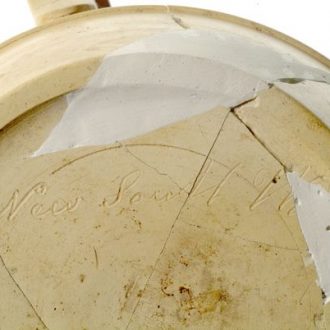